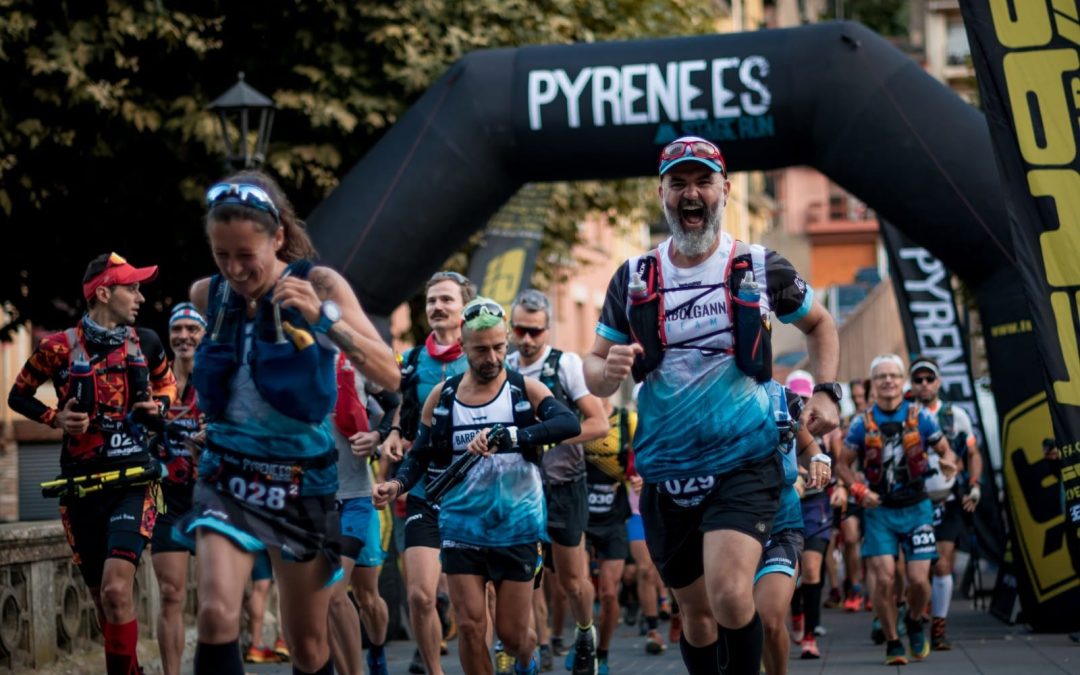 The Pyrenees Stage Run (PSR) began this Sunday with the celebration of the first stage starting from Ribes de Freser and finishing in Queralbs. This mountain stage, organized by BiFree, crosses the Pyrenees in seven stages, totaling 240 kilometers and more than 15,000 meters of elevation gain. Participants follow the classic GR11 in teams of two or three people, completing a long route with steep slopes and an impressive mountain scenery.

Today, the teams have crowned the first stage of the race, which crossed the natural park of “Capçaleres del Ter-Freser”, with a distance of 34.4 kilometers and 2,200 meters of uphill. At 8 o’clock in the morning, the starting gun was fired in the Ribes market square, with the song “Ara” by Doctor Prats, the PSR anthem. The athletes headed towards the Pardines forest, followed the Serra de la Canya and summited Balandrau, contemplating a spectacular panoramic view of the Freser valley. Descending through the Trespics col, they went towards the Coma de Vaca mountain hut, where one of the most technical sections of the race awaited them: the “Engineers route”.

Along this path they have reached Vall de Núria, where the runners have been able to enjoy one of the wonderful jewels that make up the Catalan Pyrenees, of great natural and landscape wealth. To finish the race, the teams left the valley in the direction of Queralbs, along the ancient “Old Path”, a rocky path that runs through the bottom of the Núria gorges.

The participants have enjoyed a fantastic sunny day, passing all the cut controls of the race and finishing the first stage with satisfaction. The runner Mavi Gil, from the Kiruvika mixed team, explained upon reaching the finish line that “we have been preparing for the race for a year with great enthusiasm, we knew we would like the experience, but it has exceeded our expectations. We have found an incredible organization and a fascinating route”.

In this first stage, the podium in the men’s category went to the “Runsport team”, from the Czech Republic, which managed to complete the route in 4 hours 42 minutes. In the women’s category, the English runners from the “50 is a state of mind” team took first place, achieving a time of 6 hours 40 minutes. Finally, the “Ticktack“ team, from Switzerland, has led the podium in the mixed category, with a time of 5 hours 31 minutes.

This is a unique opportunity to enjoy the immensity of the Pyrenees with a great atmosphere of participation. In its sixth edition, the PSR has about seventy registered participants, the vast majority of international origin. There are athletes from 14 different nationalities, such as Mexico, Canada, Germany, the United Kingdom, the Netherlands, the Czech Republic or Denmark.

It is a competition that combines the passion for trail running and sports tourism. A race that goes beyond crossing the Pyrenees, because at the end of the stages the runners have dinner all together to celebrate the awards ceremony and recall the day with a series of photographs and videos summarizing the day. Tonight the runners will have a dinner at the Ribes de Freser Sports Hall and, later, they will hold a briefing to prepare for the second stage on Monday that will take them from Queralbs to Puigcerdà.

You can check all the results of stage 1 at this link.