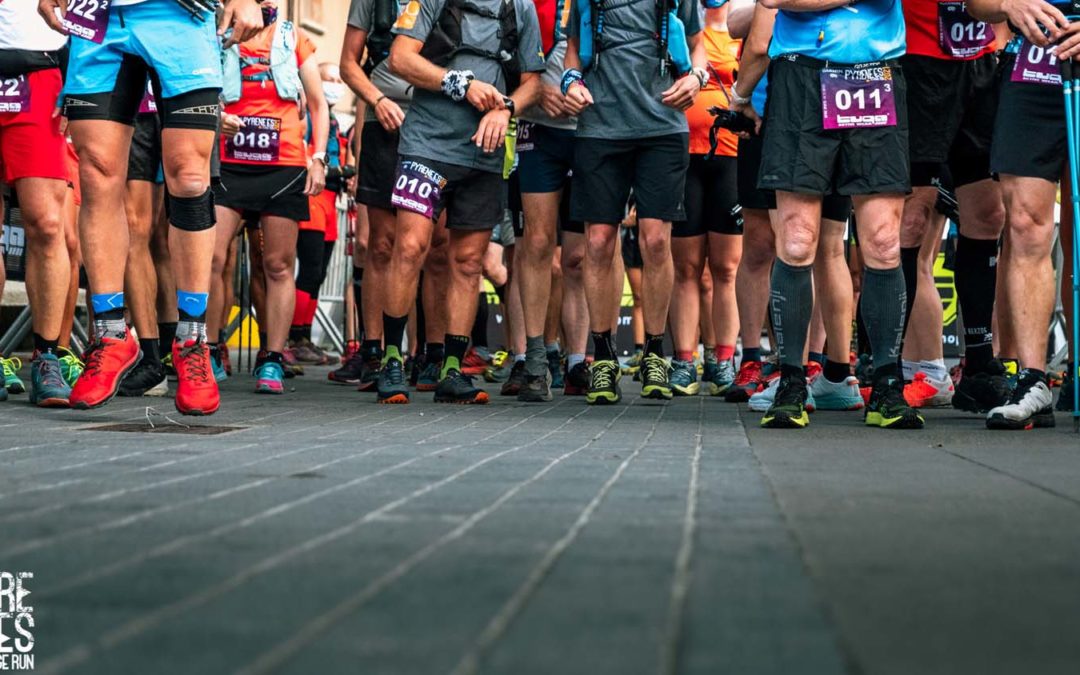 More than thirty teams of fourteen different nationalities will live a unique experience in seven stages in a route of 240 km and 15,000 meters of elevation gain.

The Pyrenees Stage Run (PSR) starts this Sunday, September 4 and will end on the 10th. It is a stage race that crosses the Pyrenees in seven days with a total of 240 kilometers and more than 15,000 meters of positive elevation gain. Organized by BiFree, the race starts in Ribes de Freser and ends in Salardú, going through five of the most iconic Natural Parks in the area and following the classic GR11. A route that will leave all participants fascinated by its beauty, with a wide variety of terrain: tracks, paths, trails, forests and some technical and rocky sections in the high mountains suitable for all lovers of the mountains and endurance sports.

A unique experience in the Pyrenees

The race is a unique and exclusive experience to enjoy the immensity of the Pyrenees with a great atmosphere of coexistence. The camaraderie and shared moments are accentuated beyond the competition, giving participants the opportunity to meet other runners from around the world and experience incredible stories together. In fact, the race is completed in teams of two or three runners, an interesting factor, which not only provides added security to the participants, but also manages to bring people together to share this epic adventure.

It is a race that combines the passion for trail running and sports tourism, where the experience goes beyond crossing the Pyrenees, because at the end of the stages, the runners will have dinner together to celebrate the award ceremony and recall the stage of the day with the photographs and video summary of the day.

In addition, a team of almost 50 people will ensure that the runners have all kinds of services, without having to worry about anything other than running and enjoying the mountain. Among other services, there will be a physiotherapy service or live tracking of the entire route. In addition, within the registration of the participants are included eight nights of accommodation that the organization of the race has sought.

The sixth edition of the Pyrenees Stage Run will have 33 teams, with a total of 70 registered participants, with 70% of international origin. The participation of runners from more than 14 different nationalities, such as Canada, Mexico, Germany, the United Kingdom, Ireland, the Netherlands, the Czech Republic or Denmark, is confirmed. Germany is the country that contributes the most registered with 21%, while there will be 7% of British, Swiss and Danish. 21% of those registered are Spanish.

In total, there are 25% of runners who repeat after having participated in a race offered by the BiFree company. Some of those registered who did not want to miss out on this fantastic opportunity are Klaus Kiessler, an Austrian who will participate in the competition for the fifth time, accompanied for the second consecutive year by his daughter Kim Kiessler, or the German team Team Lichtenstain Trail, made up of Elasser, Krehl and Zeiler, the latter a six-time trailrunning champion in Germany.

Seven stages to enjoy the Pyrenees

The route is a linear itinerary, with large slopes and impressive mountain scenery. The first stage will kick off from Ribes de Freser with the finish line in Queralbs, passing through mythical places such as Balandrau or the Sanctuary of Nuria. The second stage will cross two 1,900 meter cols and will end in the capital of the Cerdanya region, Puigcerdà.

The third day will be the longest of the circuit: the runners will cross Cerdanya and enter Andorran territory, up to the municipality of Encamp. Thus, on the fourth day of the race, the participants will move entirely through the Principality, having time to recover energy for the last three stages of the adventure.

The fifth stage will leave Andorra, passing by the side of its highest peak, Comapedrosa, and going down to the bucolic town of Tavascan. On the sixth day of competition, the runners will cross the Alt Pirineu natural park, until they appear in the town of Esterri d’Àneu. The seventh and last stage that will close the circuit, will cross the Aigüestortes National Park, to enter the Aran Valley and triumphantly reach the town of Salardú.

All of this forms an exclusive experience for the runners, who will share seven days of emotion crowning the most emblematic cols of the Pyrenees, going up and down and, enjoying unsurpassed panoramic views and testing their resistance and team skills.