Fifth stage: fog and cold two days at the end 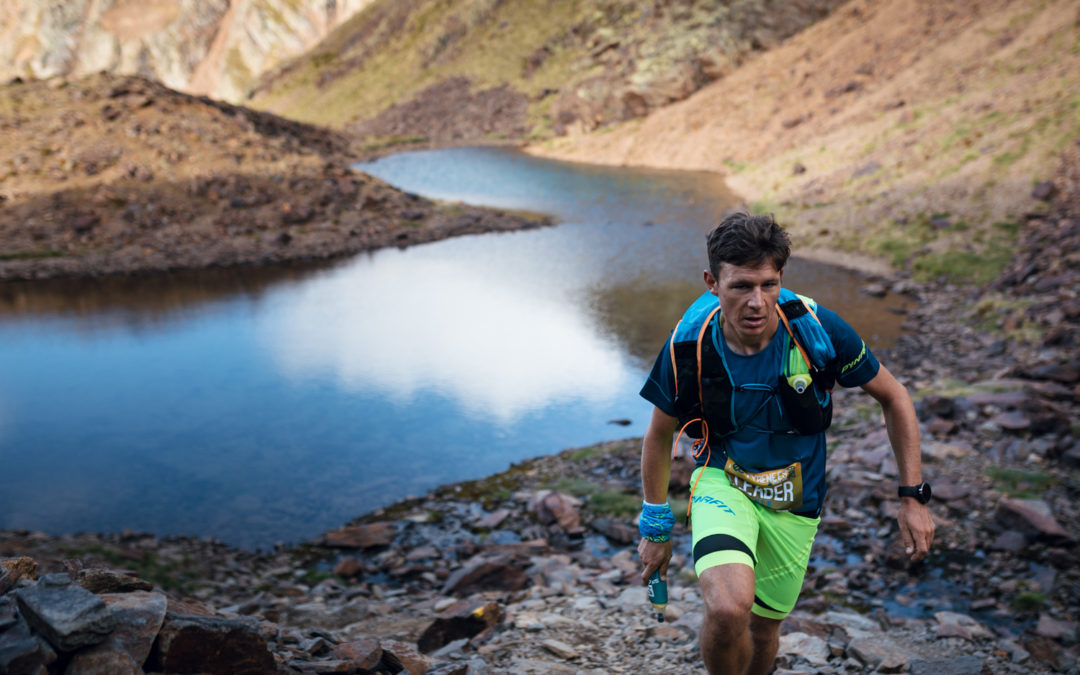 Today’s fifth stage of the Pyrenees Stage Run has passed and, in the absence of two days to finish the race, the tiredness between runners and runners begins to be felt. The morning began with a lot of fog and colder than yesterday: the decline in temperatures and the tiredness of the accumulated days has led to some dropouts.

Today’s route, between Arinsal and Tavascan, has lasted 40km and 2600m of positive altitude, going through the highest point of the whole PSR: the portella de Baiau (2,756m). Then there is the descent through the valley, one of the most beautiful slopes of the PSR, and you reach the starting point of the Pica d’Estats ascent: Pont de la Molinassa.

In women’s category, the first ones were “Deeside Ladies”, a team formed by Katie Henderson and Samantha Rendall, with a time of 7h59min. In second position, with 8h46min, “Deeside Divas”, consisting of Sarah Dunn and Ros Baxter, have arrived. And the third team on crossing the finish line was integrated by Melissa Witteveen and Natura Richardson, with a time of 9h33min.

In the men’s category, the first ones to reach the finish line were Andre Purschke and Matthias Dippacher, team “Dynafit Team, with a time of 5h29min. With 5h42min arrived “Trcarestacampbasegrimpacims”, Michael Henderick and Jordi Delgado; and the third ones were “Matagerri Team”, Jose Luis Vale and Jordi Marco, with a time of 5h49min.

And, in mixed category, the first team has finished the stage has been “Monkazelle”, formed by Michaell Brent and Emily Sullivan, with a time of 7h26min; The second team, “Tortilla & Burrito”, team consisting of Tara Bassili and Martin Daignault, needed 7h34min; And the third mixed team on arrival was “Tortuga y liebre”, formed by Stuart Gleason and Elizbeth Gleason, with a time of 7h38min.

After the third stage, and in the absence of only two stages to finish the race, the first classifieds of the Pyrenees Stage Run 2019 are: in women’s category, “Deeside Ladies” (Katie Henderson and Samantha Rendall); in male category, “Team Dynafit” (Andre Purschke and Matthias Dippacher); And, in mixed teams, the first in the classification is “High and low up and down” (Christoph Bellings and Anne Gerlach).

Tomorrow, September 6, the penultimate stage of the PSR, the participants will run from  Tavascan to Esterri d’Àneu. 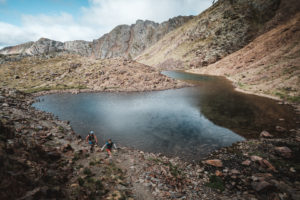 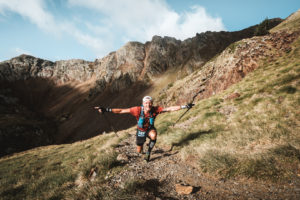 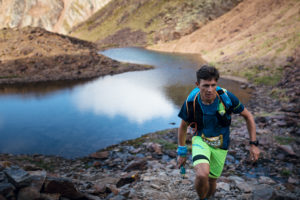 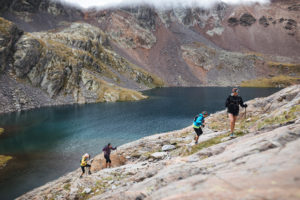 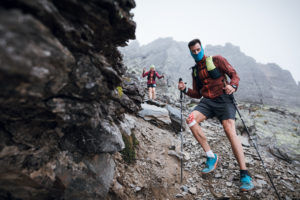 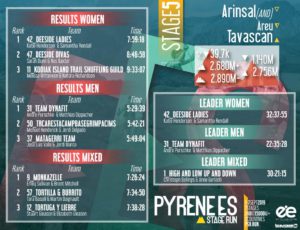