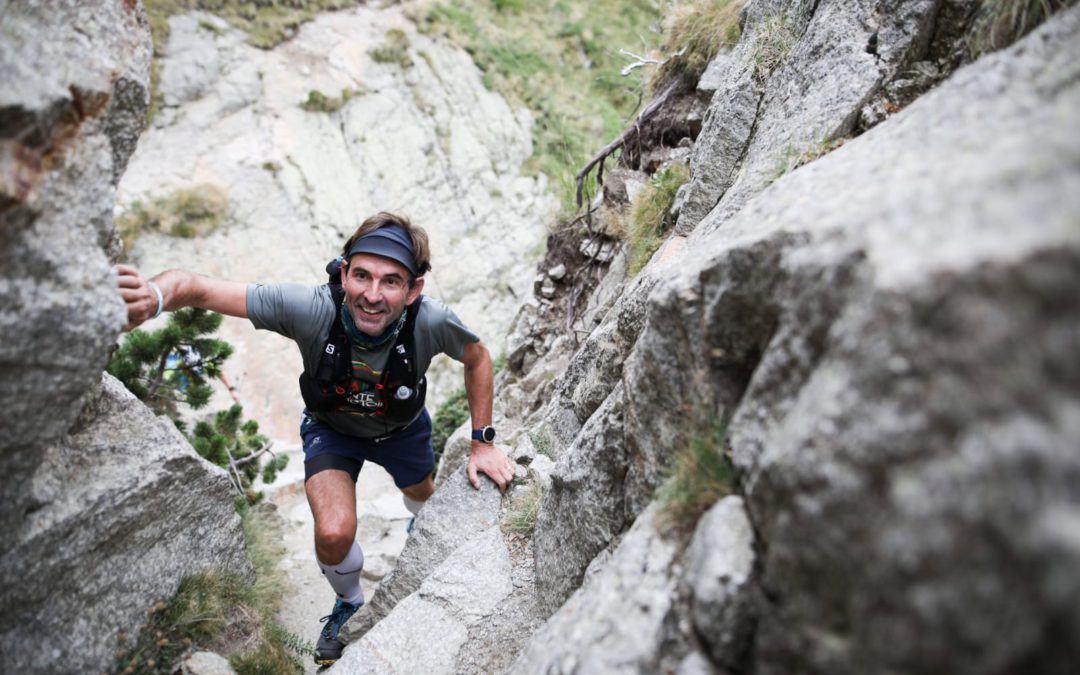 The 4th edition of the Pyrenees Stage Run has started this morning with 123 runners on the starting line and with a more international atmosphere than ever. The runners face the challenge of traveling 240km of Pyrenees for 7 days, and the first stage has led the runners to cross the Natural Park of the “Capçaleres del Ter i Freser”, climbing to the top of the Balandrau (2585m), with some spectacular views. The runners have then followed the “Camí dels Enginyers” to the Sanctuary of Nuria where the San Gil festival was celebrated today. The final descent has been along the old road from Núria to Queralbs after 34.3km, 2180m d+ and 1890m d-.

The stage has developed under the threat of thunderstorms in the afternoon, although it has finally only rained in the final leg of the stage by the last runners. A little water to make a stage more exciting that has had as absolute winners the team “Sphere Pro Nutritape” by Alex Urbina and Javi Pons with 4h23′, the winners in the women’s category have been the team “Deeside Ladies” with Katie Henderson and Samantha Rendall of the United Kingdom with 5h53′. Finally in the mixed category the winners have been Christoph Bellings and Anne Gerlach, “High and Low Up and Down” with a time of 5h51’.

Tomorrow the participants will face a transition stage to enter the Cerdanya, passing through Planoles, Dòrria and the Coll de la Cruz de Meians before arriving in Puigcerdà after 37.4km and 1700m d+. 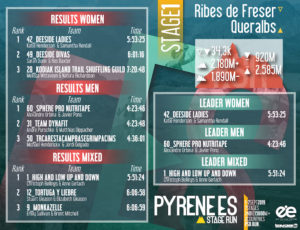 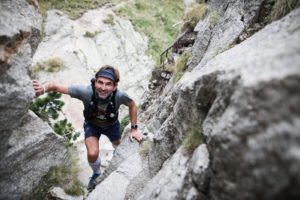 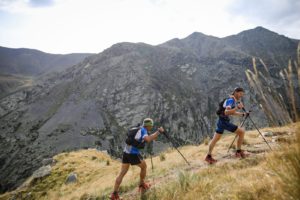 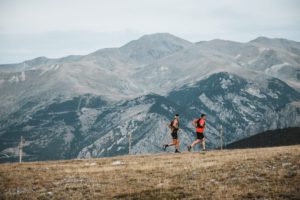 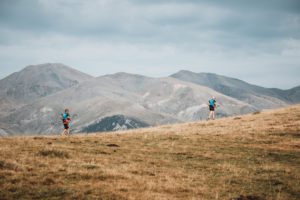