The Pyrenees Stage Run returns with more runners than ever 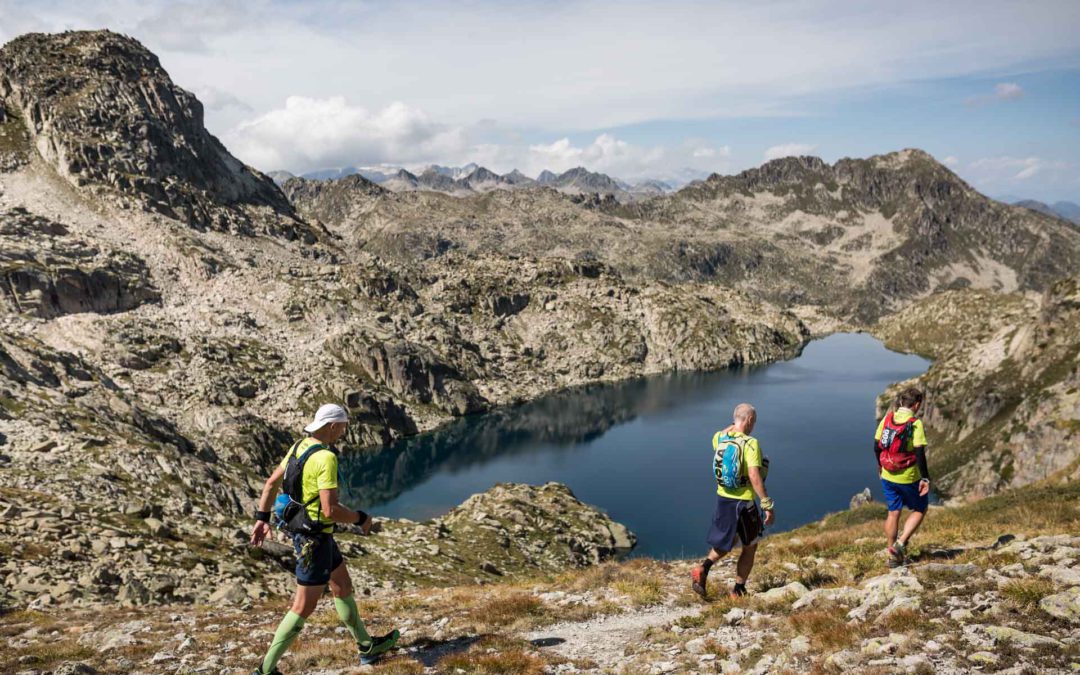 It feels really far away that September 4, 2016 in which the Pyrenees Stage Run (PSR) kicked off its inaugural edition with 23 runners who laid the first stone of this adventure crossing the Catalan and Andorran Pyrenees. Three years later, next Sunday, September 1, the PSR will give the starting shot with a record of 123 participants (58 teams) that will start with the objective of overcoming 240km and 15000m uphill of the route divided into 7 stages, starting in Ribes de Freser and finishing in Salardú after passing through emblematic villages, cols, lakes and peaks of the Pyrenees.

The first objective of the participants is to finish the race, but the spirit of the PSR goes beyond the challenge, and this is demonstrated by the fact that 85% of the runners are internationals coming from Germany, Argentina, Australia, Austria, Belgium , Canada, Denmark, Slovakia, United States, France, Italy, Luxembourg, Netherlands, Poland, United Kingdom, Czech Republic, Sweden, Switzerland and Venezuela. What moves the participants of the PSR is to enjoy a few days in the mountains, have fun, meet amazing people among the other participants, but also among the volunteers… In short, a sports adventure, which allows you to cross the Pyrenees without having to worry about nothing more than enjoying the trip, since the organization takes care of the rest: transport of luggage, marking of the route, food stations during the stage, security, dinner, accommodation… Surely all these ingredients have led the race to win the prize for “Best Stages Race” in Spain in 2018 by Territorio Trail Media.

This 4th edition presents a fully consolidated route after small touches in previous editions, passing through 5 Natural Parks, with stage finish in Queralbs, Puigcerdà, Encamp (Andorra), Arinsal (Andorra), Tavascan, Esterri d’Àneu and Salardú. The 4th stage, the shortest with 20km between Encamp and Arinsal, will be the “Adventure” stage, a stage without marking to test the capabilities of the teams to follow the route with their GPS watches. In addition, at the end of this stage, the organization will offer the participants a bus to spend the afternoon in Andorra la Vella and enter in the Thermal Spa Caldea if the wish to do so, to have a relaxing and recovery time in the middle of the race.