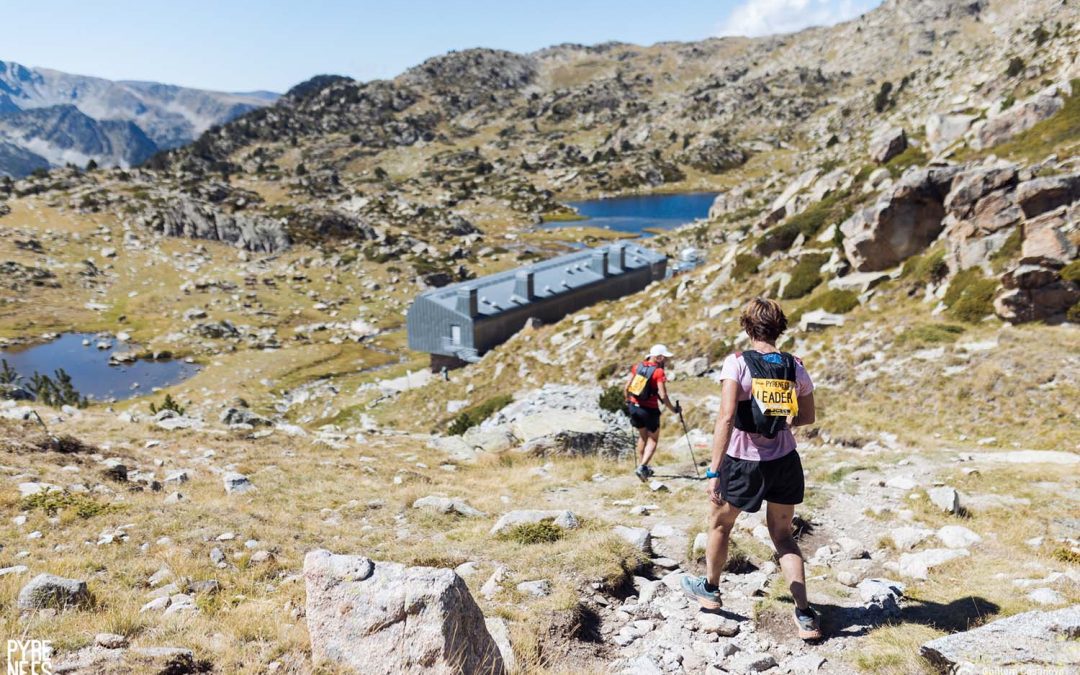 It’s been four days since the Pyrenees Stage Run (PSR), the only trail running stage race that runs through the Pyrenees, has been underway and this Wednesday it crossed its equator. With the end of the stage in the Andorran town of Arinsal, the thirty teams taking part in this adventure have left behind the impressive figure of 140 kilometers and 8,400 meters of vertical climb, although they still have no less than 100 kilometers and 6,800 meters of elevation gain.

After crossing the Capçaleres del Ter i Freser Natural Park during the first stage, the runners, who came from fourteen countries around the world, were able to rest in the charming town of Queralbs before running towards Puigcerdà. After a well-deserved rest, the third stage – the longest of the race with 45km – led the trail runner teams to discover the spectacular Malniu mountain hut and the lonely and inhospitable Cabana dels Esparvers. Already in Andorra, they encountered one of the most spectacular sections of the entire route, the descent through the Vall del Madriu, considered a UNESCO World Heritage Site.

In this third stage, due to the demands and hardness of the route, some runners had to withdraw, but this Wednesday they were able to continue the competition by running the fourth stage of the race, which took place entirely within Andorran territory. This was the shortest section of the race, 20km, where the runners were able to breathe a little and recover energy to face the next three final stages.

Manuel González and Mario Hernández, from “The Cojos Team”, said that “it is an experience that every lover of mountain racing must have. From the first day they made us feel like part of a family, we are enjoying a spectacular experience, both in terms of the organization and the area of ​​trails, very different from that of the south of Spain.”

The Czechs Zdenek Hruska and Martin Jor, from the Runsport team, who have been leading the first position in the men’s category throughout the competition, have returned to the podium in stage 4. It is also the case of Ticktack, where the Swiss Jörg Steiner and Astrid Forrer have been leaders in the mixed category since the start of the race. Finally, in the women’s category, the Belgians Katrien Aerts and Debby Urkens from the Team Far team, have taken first place for the third time in a row.

To end the day well, this afternoon the participants who wish will go to the extraordinary spa of Caldea, where they can recover with the recuperative magic of its thermal waters. Then, as is usual at the end of each stage of the PSR, the participants will all have a fraternity dinner and review the top moments of the day with a series of videos and images summarizing the adventure.

This will be the end of the day of an unusual experience, which takes around seventy people to cross the Pyrenees in seven days, touring the most iconic terrains and natural parks in the area, and sharing a fascinating experience that brings together runners from all around the world.